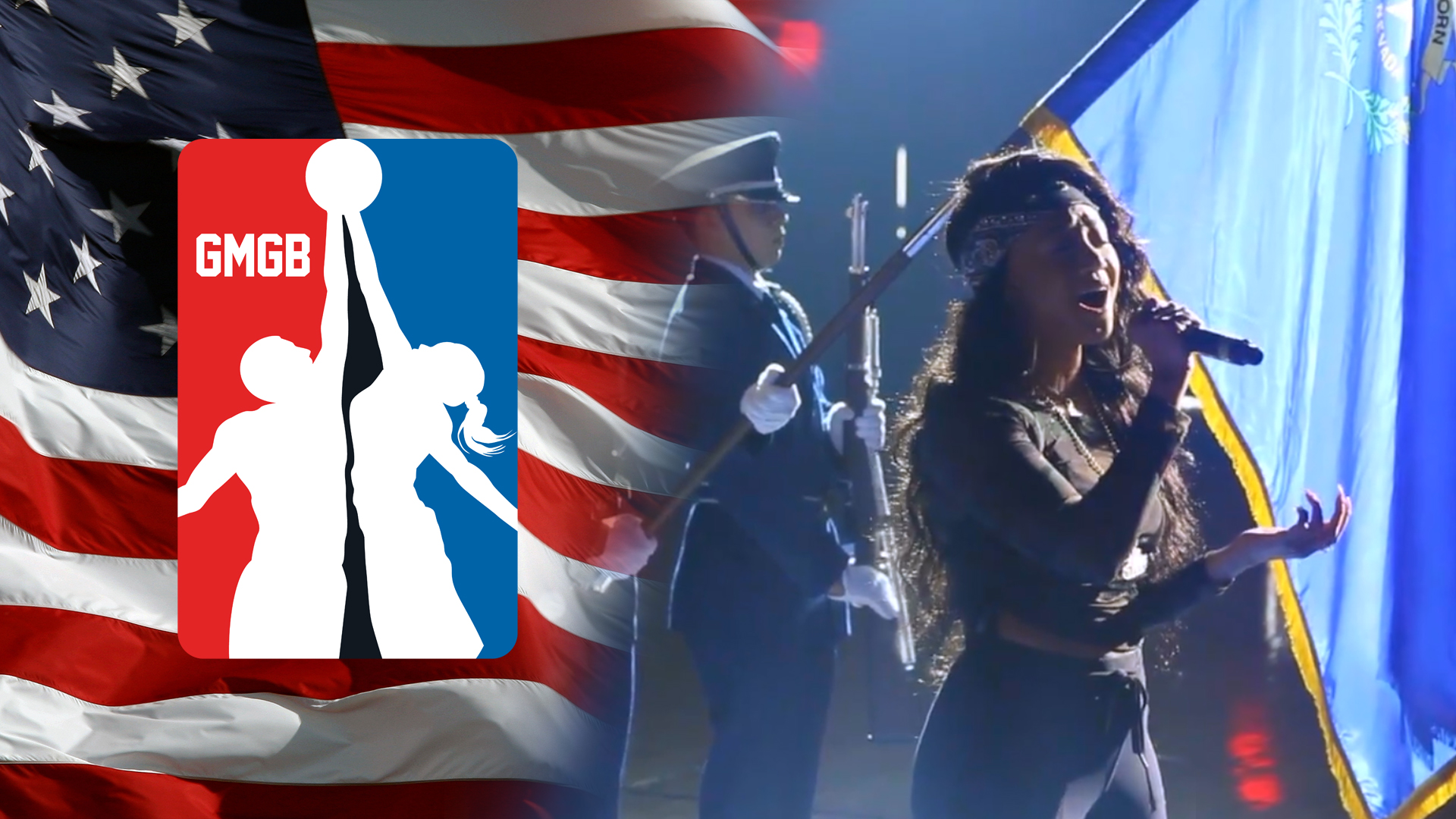 The Global Mixed Gender Basketball (GMGB) Game was underway at the Cox Pavilion in Las Vegas, making history as the first co-ed professional basketball league to put both male and female athletes to compete simultaneously on the basketball court as Cymphonique Miller kicks off the historical event singing live, her stunning rendition of the national anthem. 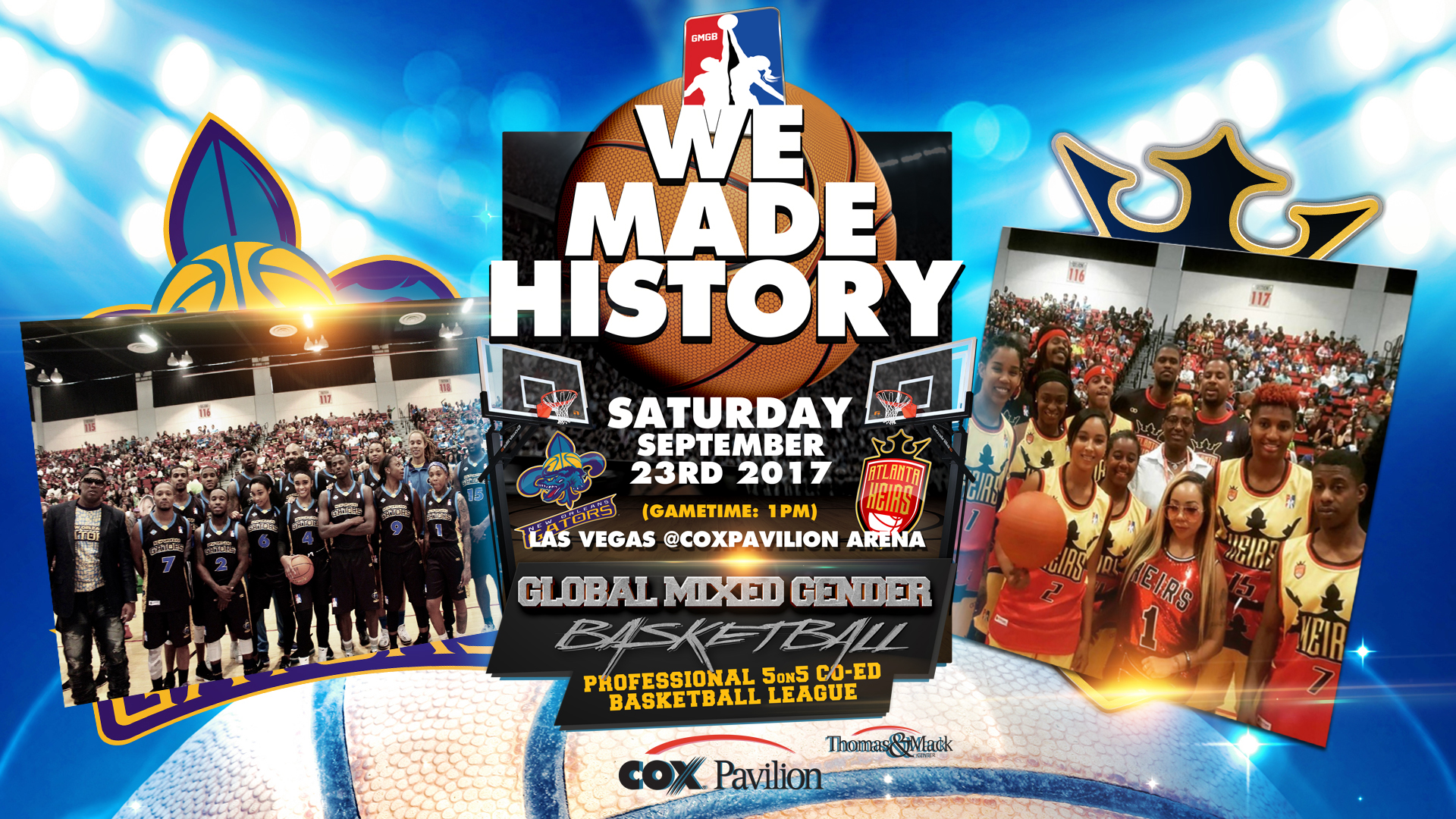 Global Mixed Gender Basketball, the first league to put both male and female pro-athletes to compete on the basketball court simultaneously. Most people questioned how it would work but all those questions were answered September 23rd 2017 at the Cox Pavilion. The New Orleans Gators and the Atlanta Heirs went underway in Las Vegas, while there was plenty of news, live entertainment, arena packed with excited fans and high-level basketball competition, a piece of history was made at the same time. New Orleans Gators team owner Percy Miller and Atlanta Heirs team owner Tiny Harris have branded one of the most spectacular basketball entertainment, star-studded mixed gender league built on equality for the new millennial pro-basketball audience. The teams were stacked with big names in the pro-basketball genre: Carlos Boozer, Lisa Leslie, Angel McCoughtry, Caron Butler, the Gonzalez Twins, Cappie Pondexter, Stromile Swift, Tyrus Thomas, Brittney Griner and Metta World Piece, just to name a few. The exhibition ended with Basketball fans and critics amazed and impressed as GMGB League paraphernalia were sold out. Metta World Peace says, “Tonight was groundbreaking, a real game changer. I can’t wait until basketball fans all over the world can experience this up close and personal or through television. These women really can play. And Master P knows firsthand basketball and entertainment.”

For more information, go to www.GlobalMixedGenderBasketball.com 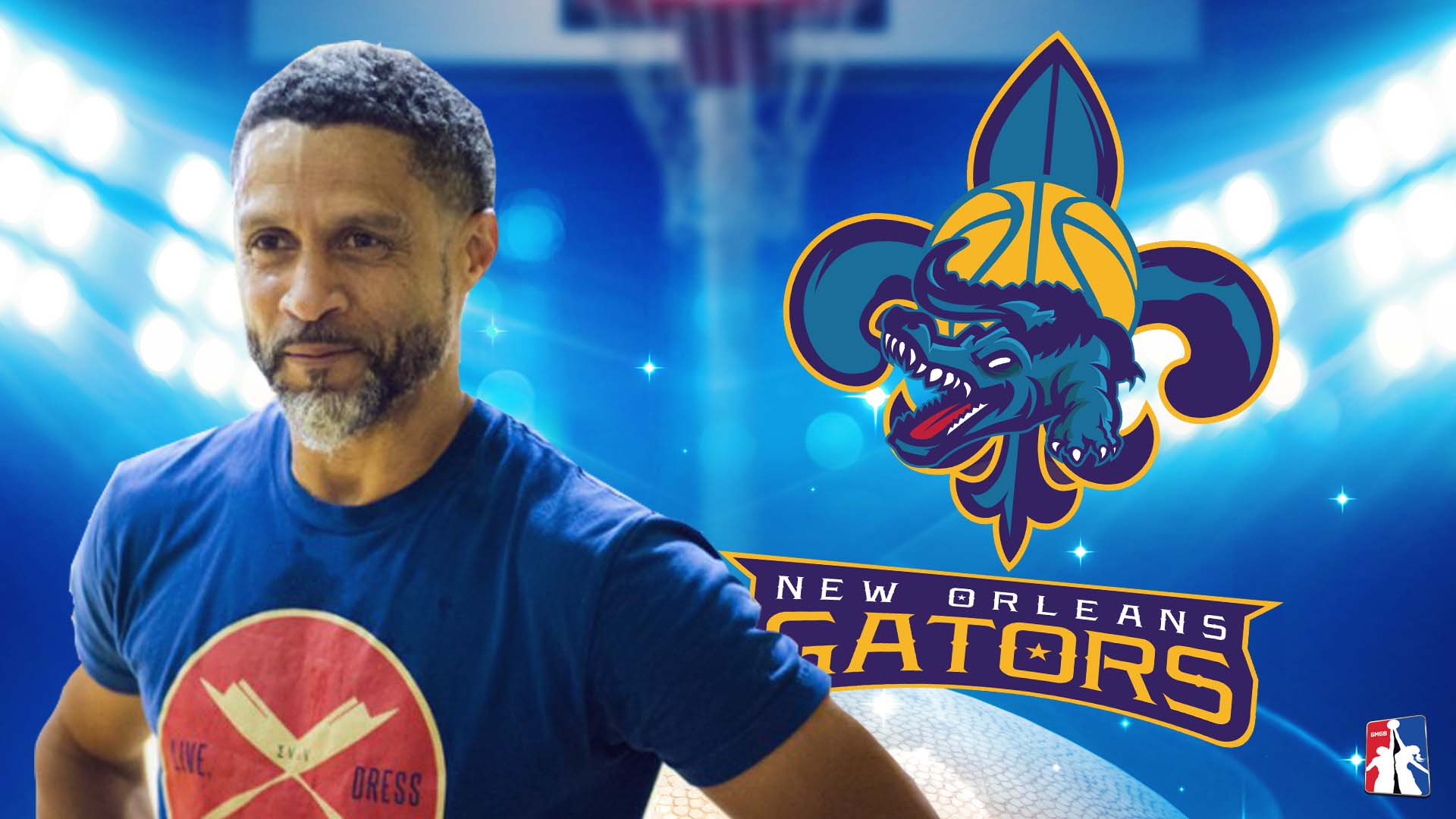 Mahmoud Abdul-Rauf aka Chris Jackson, former LSU basketball superstar took over the Louisiana basketball college scene. Then he went on making his mark in the NBA with Denver Nuggets, Sacramento Kings and the Vancouver Grizzlies. He has been considered one of the greatest free-throw shooters in the history of basketball. Team owner Percy Miller says,
“Mahmoud Abdul-Rauf is a legendary icon, people still talk about what he’s done for Louisiana basketball. At LSU, he was one of the most unstoppable point guards in the game. He could shoot the ball and he could score. His hard work and passion made him dangerous on the court. He has a winning spirit and it will pass on to our organization
For more information & tickets, go to www.NewOrleansGators.com or www.GlobalMixedGenderBasketball.com 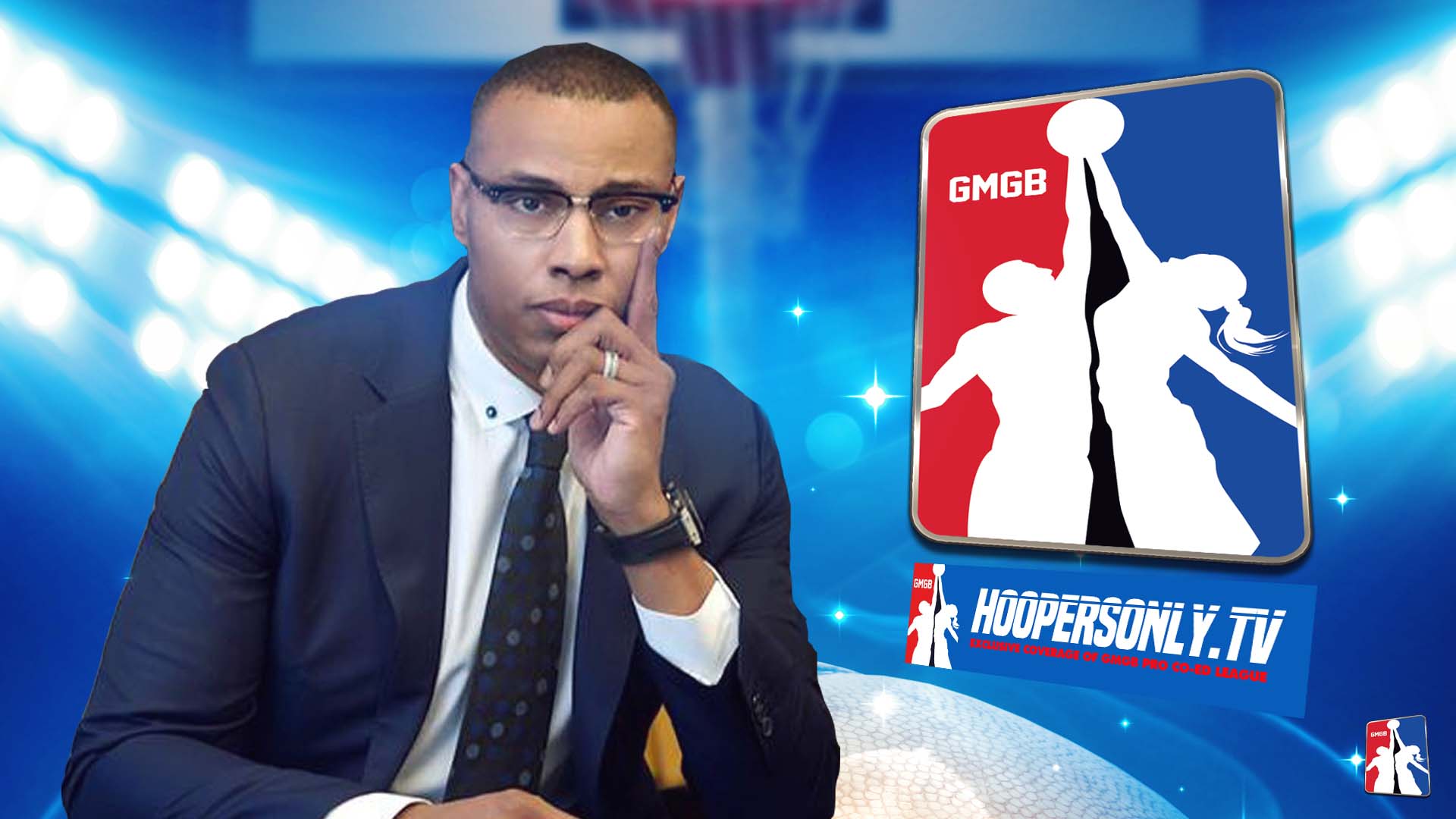 SIGNS ON TO ANALYZE THE FIRST GMGB GAME

AND BUYS A FRANCHISE IN THE LEAGUE

NBA superstar Caron Butler will be center court September 23rd 2017 at the Las Vegas Cox Pavilion. He will be the game analyst, his experience as the pro-athlete and analyst for ESPN, will make the GMGB game exciting and entertaining. Caron Butler as a businessman believes in the GMGB league and has bought into the franchise, The Wisconsin Cheeseheads. He stated, “I support equality for women & men in all aspects in life. This is going to be history and ground breaking. I’m looking forward to building a winning organization in my hometown Wisconsin.” 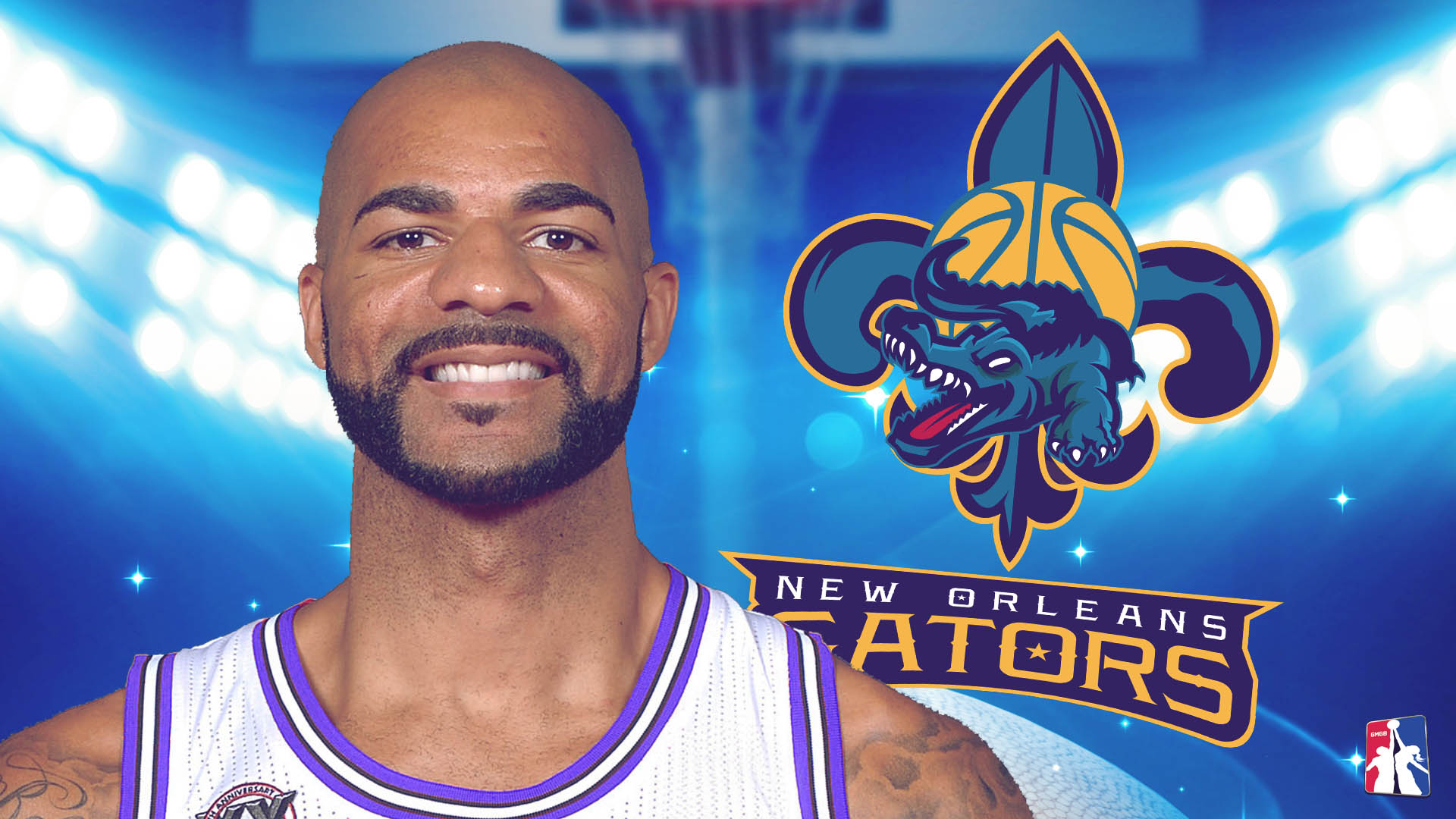 The New Orleans Gators has just added “Swing Man” Carlos Austin Boozer. He is a USA Gold winning medalist and a two-time NBA All Star. “Boozer can score, play defense and rebound. He will bring power, strength and experience to our organization,” says Head Trainer Donald Hogan. Carlos Boozer is an American professional basketball player that has played in the NBA for the Cleveland Cavaliers, Utah Jazz, Chicago Bulls and Los Angeles Lakers. The New Orleans Gators will take on the Atlanta Heirs in Las Vegas, Nevada on September 23rd at the Cox Pavilion. 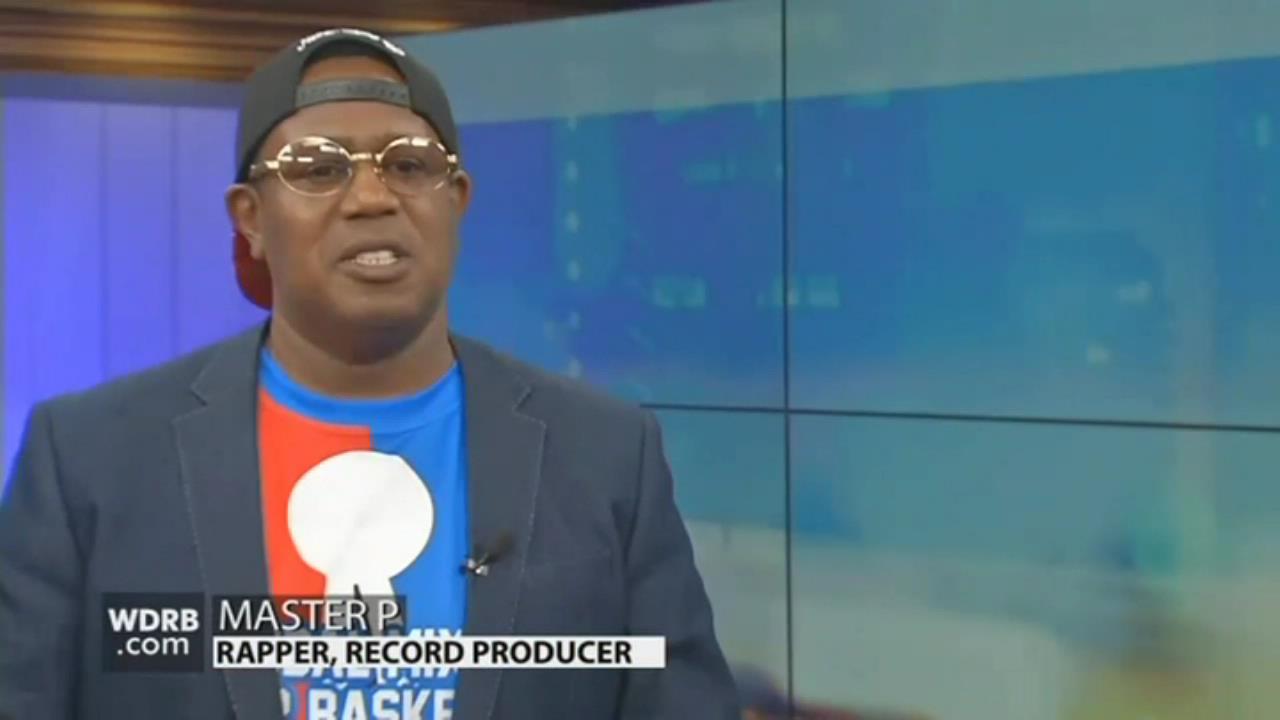 Master P said he wants to continue to honor the life of 7-year old Dequante
Hobbs through GMGB sport  programs .

The mogul  stopped by the WDRB News studios on Monday to talk about his new
Global mixed-gender basketball league. Back in June, Master P hosted a
celebrity basketball game and honored the family of Hobbs, the 7-year old
Louisville boy who was shot and killed while sitting at his kitchen table
in May.

The league will also focus on raising awareness of local violent crimes
through educational programs.

“We are not going to forget about him,” Master P said. “Having his life
touch so many kids around the world, I think it is going to be a blessing.
His spirit is just going to live out to all these other programs that we
have.”

The league’s first exhibition game is Sept. 23 in Las Vegas. Master P
said the league will have several games, and he hopes to have one in
Louisville. 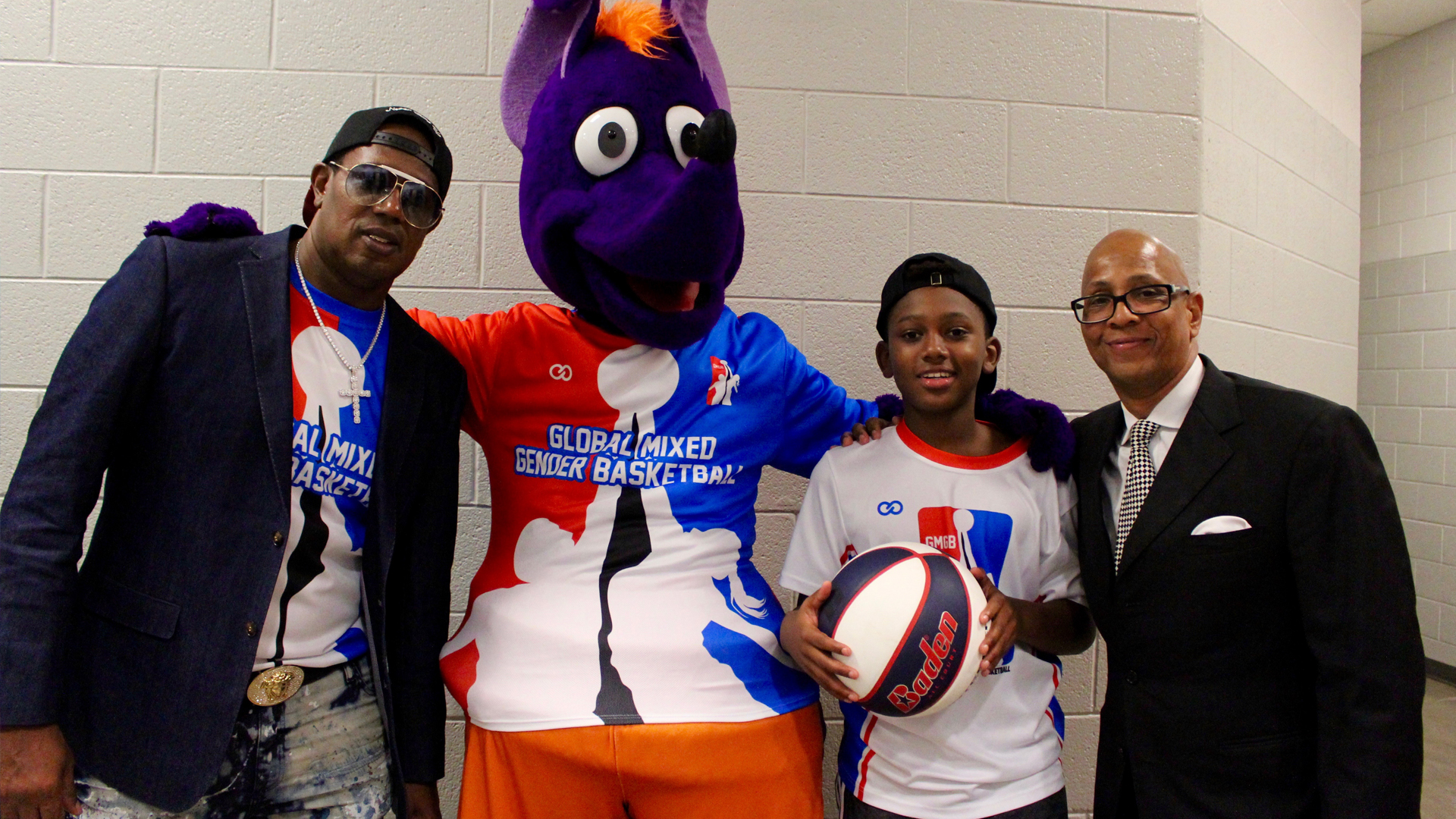 MASTER P AND CHRISTOPHER 2X SAYS: GMGB IS ABOUT GIVING BACK AND EQUALITY

The Global Mixed Gender Basketball co-ed professional basketball league is about equality. The President of GMGB Percy Miller stated, “We play at a higher level on the basketball court but we are all about helping the community, giving back and equal play and equal pay for women. That’s what makes us different.” GMGB Ambassador of Public Relations Christopher 2X added, “We stand for equality. Our outreach programs focuses on at-risk youth and underprivileged families. Balling For A Cause is about getting players and coaches out of the gym and really touching the community. GMGB gives women the same opportunities as men off and on the court, that’s what makes this league special.”

Percy Miller aka Master P, President of the Global Mixed Gender Basketball League, met up with WNBA superstar Brittney Griner at the Talking Stick Resort Arena in Phoenix, Arizona. They both share the same passion for helping the city of Houston’s Hurricane Harvey survivors. Brittney hosted a fundraising breakfast event for this great cause and Master P attended, donating water, food and clothing to help the elderly. Later that day, Brittney played an incredible game against the Atlanta Dream. Master P says, “Brittney Griner is one of the best players that I’ve seen in a long time. She stands for equality and that is what our GMGB co-ed league is all about. We are in support of women’s rights and the WNBA. I believe that our league will help put more fans in the seats of the WNBA when pro-basketball fans see how talented these women are against men players. This is history and I can’t wait for September 23rd in Las Vegas as the world witness the first high level competition co-ed pro-basketball game.”

For more information, go to www.GlobalMixedGenderBasketball.com 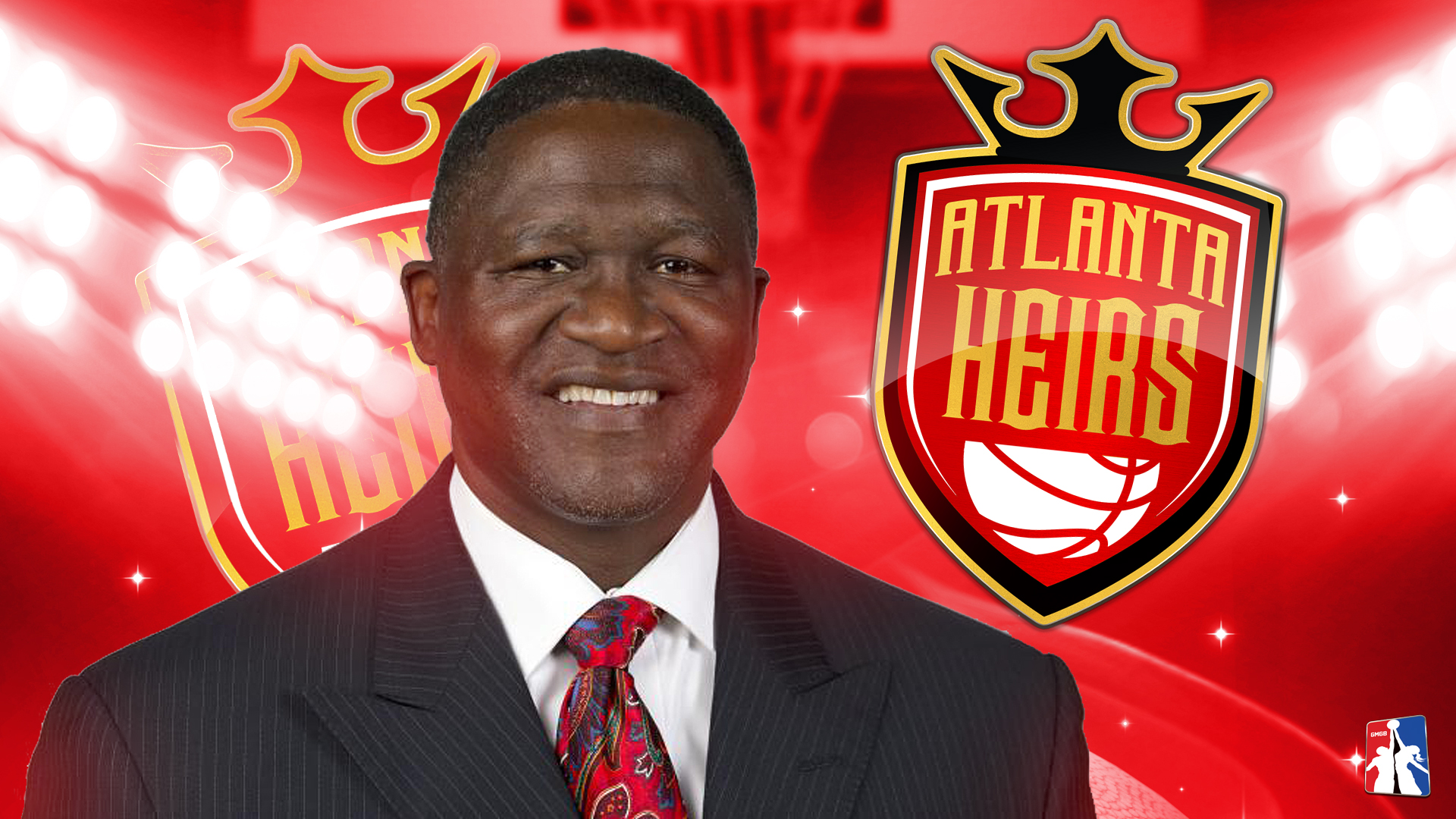 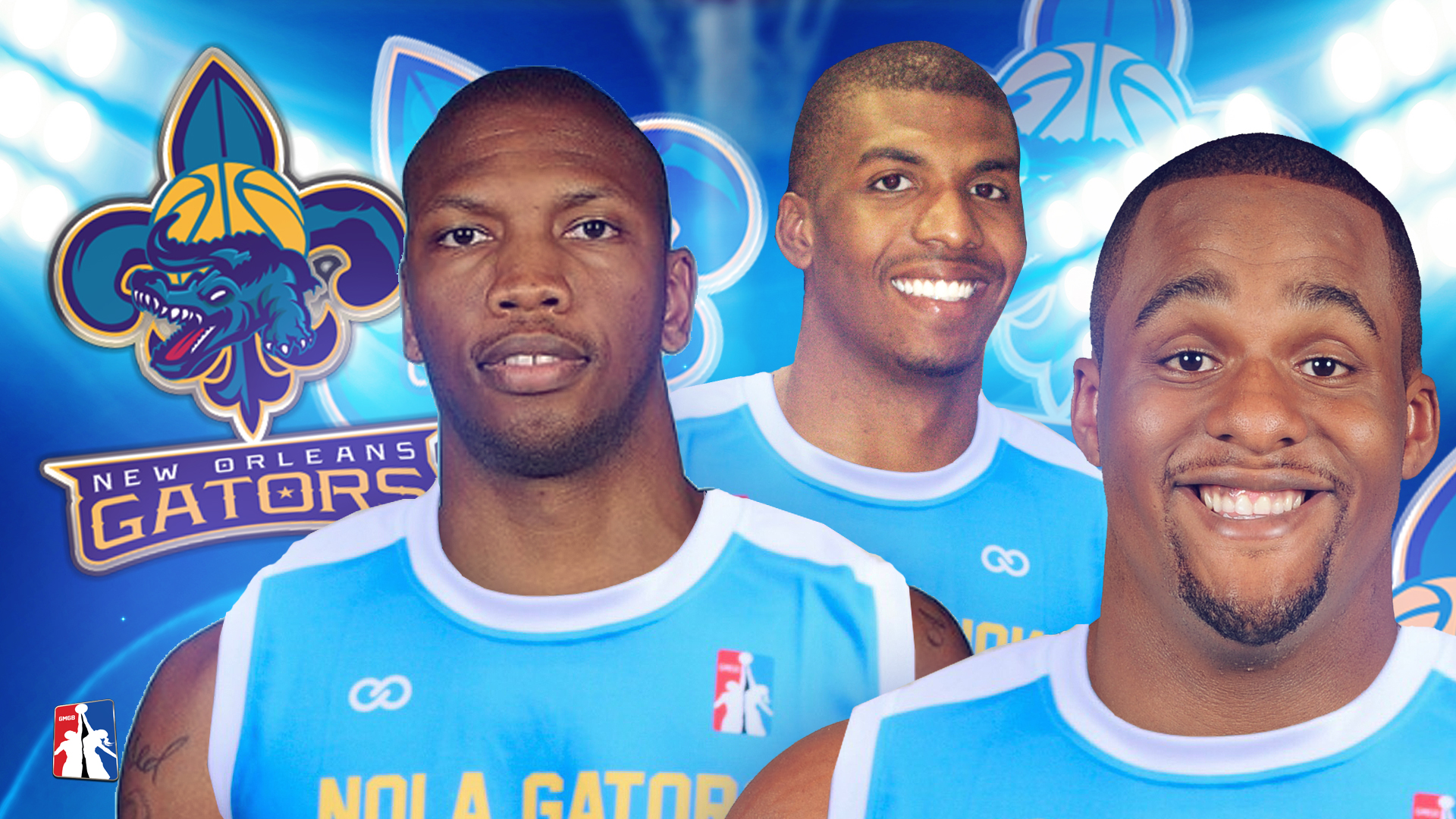 NEW ORLEANS, LA – The New Orleans Gators have signed the Louisiana Connection, all former LSU Tigers and ex-NBA stars with plenty more pro-basketball left in their game: Big Baby Glen Davis 6’9, Stromile Swift 6’10 and Tyrus Thomas 6’11. “The New Orleans Gators will be big, competitive with the 3-Headed Monsters in the back court, nice guys off the court but on the court, real alligators,” says Team Trainer Donald Hogan. The New Orleans Gators are building a championship organization, September 23rd 2017 the world will get a taste of the Gator Power at the Cox Pavilion in Las Vegas, NV. Team Owner Percy Miller says, “Having the Louisiana Connection playing for our hometown team is exciting for the city, the fans and our organization, it’s a good fit all around.” Witness history as the first Co-ed Pro-Basketball League GMGB plays at a high-level of competition.