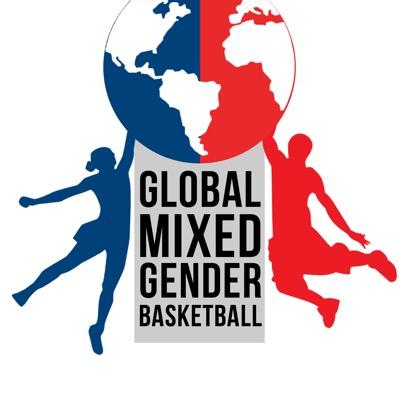 For decades, the NBA and WNBA have been the leading international sources of professional basketball entertainment. While previous attempts were made to include women in the league – athletes such as Denise Long, Luisa “Lucy” Harris, and Ann Meyers were signed – female basketball players never received the opportunity to actually play and get paid alongside their male counterparts.  That changes NOW!

Founded in 2015, Global Mixed Gender Basketball League, Inc. (GMGBL, Inc.) by James Scott, the GMGBL, Inc. is the world’s first professional co-ed basketball league. Our mission is to transform the game of basketball with an innovative, mixed-gender gameplay structure. We recognize that raw talent and skill are not dictated by an individual’s gender and seek to bridge the gender gap in professional sports.

Though in the early stages of league development, it is evident that the GMGBL, Inc. is on the road to becoming a permanent fixture within the professional sports community. In the last year alone, we’ve created a significant buzz in the New York/New Jersey area. Our exhibition games filled the gymnasium at Essex County College to capacity; we hosted the first mixed-gender basketball game at the renowned Rucker Park in Harlem, New York; we were featured on ABC’s Watt’s World; and we packed the Prudential Center for exhibition league tryouts.

It is clear that the fans are ready for a professional mixed-gender basketball league!

We intend to begin the Summer 2016 season with eight teams nationwide and eight celebrity owners, including Atlanta’s own T.I. and Tiny. True to the foundational elements of the sport, players will participate in a draft and tryout process similar to the NBA and WNBA. GMGBL, Inc. game events are sure to be a source of entertainment for the entire family, with affordable ticket packages and explosive halftime events and contests.

The Global Mixed Gender Basketball League, Inc. also strives to maintain a positive relationship with local communities and create opportunities for youth development. Most recently, we donated tickets to the public schools and recreation centers of Newark, NJ for students to experience a professional hockey game at the Prudential Center. We are proud to support the members of our community through direct engagement and intend to expand our support through the development of professional opportunities.

We appreciate your careful consideration and look forward to discussing potential business opportunities. Please do not hesitate to contact me with any questions or concerns.